Introduction: Key details about the trip

Hello! Our names are Waithira and Sacdiyo and we live here in Feltham. On the 30th August, we visited the Tate Modern and the Houses of Parliament with other young people who participated in the FCP Summer Research Programme. One of the most exciting things about this trip was we got to meet Seema Malhotra, the Labour MP for Feltham & Heston!

Reflection on the theme of ‘citizenship’

The exhibition at the Tate Modern was entitled ‘Citizenship’. We’d never been to the Tate Modern before so we didn’t really know what to expect but we were pleasantly surprised! The artwork illustrated how people from across the world have fought for social justice and their civil rights. It was cool that every piece of artwork had its own backstory. It was all based on the one theme of citizenship but the artwork was so diverse. The work that we did as part of the FCP Summer Research Programme made us feel empowered to speak up about the challenges that young people face today in our community and the artwork reflected how people in other countries have spoken out and used their voice to highlight inequalities across the world. 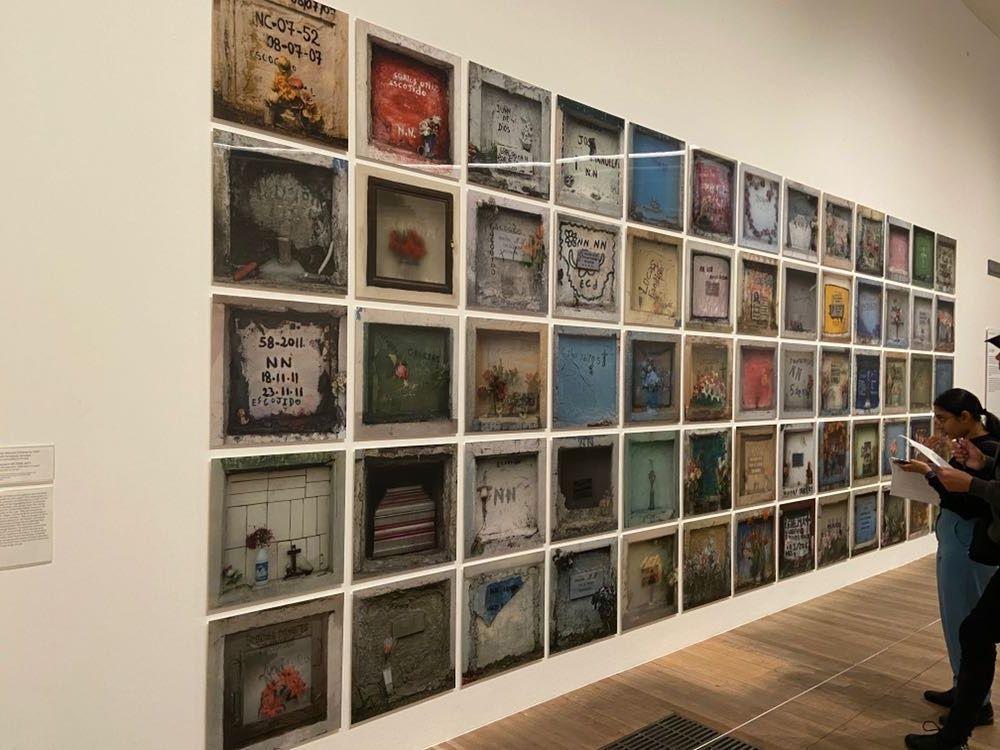 There was one specific piece of art that really resonated with us by Juan Manuel Echavarría and Fernando Grisalez (see above) which depicted collective resistance by a Colombian community. Situated on the banks of the Magdalena River, the community had created graves for unidentified bodies which had been washed up on the shores of the river. These were people who had been killed during the 50-year-long civil war. The artists photographed their graves to highlight the community’s resistance to the violence against civilians during the civil war.

When we were walking to the Houses of Parliament, we came across a group of people protesting abuses against human rights in Iraq. It was exciting to see people taking action and made us think about what actions we could take to get people to listen to us.

Our highlights from the day

The highlight of the day for us was definitely getting a tour of the Houses of Parliament from Seema Malhotra. It was great to see the inside of the Houses of Parliament because that’s where you can really make change! It got us thinking differently about democracy and what it means to us. Before we would have thought that it was more about equality but now when we think of democracy and citizenship we think about people having the power to make change. We really enjoyed learning more about Seema’s role and hearing about the history of the Houses of Parliament. We wouldn’t have really gone to a museum before this as it’s not something that young people do as it seems boring, but this was an enlightening experience  and we’re excited to visit more exhibitions in the future.

Overall, this was a great experience and it’s made us more open minded about what democracy means. It’s not usually a thing people our age talk about but actually if you take a day to learn about citizenship it can be intriguing. We are very excited to continue our work with the FCP and we would encourage young people local to Feltham to get involved with similar opportunities to bring about change locally.

Contact eimear.north@reachfoundation.org.uk to learn more about the opportunities that are available to young people in Feltham.